EN GARDE!
I recently completed a stage combat course at Pixar (don't get excited, it's not research for a film or anything). I've got to say, swordplay is extremely fun and exhausting and I highly recommend it, particularly for any of you actors looking to take your skills to the next level. Our instructors, Dave Maier and Kristen Matia, had us perform the Mercutio/Tibalt duel in Act III of Romeo and Juliet at the end of the course. We altered the choreography from the Zeffirelli version that I have linked, but the clip gives a good sense of the two characters' personalities. I played Mercutio, which was a gas because he's a very jovial and arrogant swordsman. Plus he's got a fantastic death scene (spoiler alert!) where he curses both Romeo and Tybalt, "A plague o' both your houses!" Great stuff!
So if you ever attempt to sneak into Pixar, beware...we've got a team of vicious thespians guarding the compound.

"I feel a great swell of pity for the poor soul who comes to that school looking for trouble." 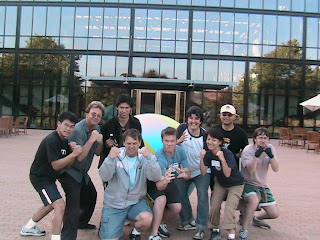 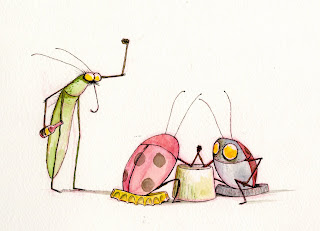 Commissioned by a friend at the Bridge Theatre Company.
8x10, watercolor and ink

If you think arm-wrestling bugs is random, check out the Cute-Off.
Posted by Unknown at 3:18 PM 5 comments: 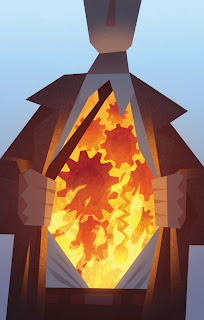 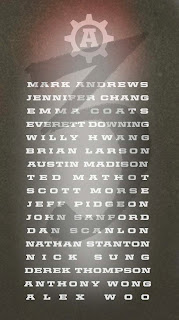 cover by Lou Romano
Posted by Unknown at 3:21 PM 2 comments:

Forbes Fictional 15
I discovered a great list on wikipedia that archives the world's Top 15 Wealthiest Fictional Characters. Scrooge McDuck tops the list, which is complete bs. Santa Claus manages a workshop with enough employees to supply gifts to all of the capitalist children of the world. What's the average cost of a toy? And how many people are on earth? Assuming 2 billion folks celebrate Christmas, and get an average gift of fifty dollars--that's 100 BILLION dollars of annual net output! Enough to make Dr. Evil raise an eyebrow. 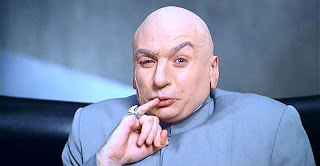 Dungeons and Shenanigans, Part II
Still going strong with the 4th edition, which I really don't recommend to gamers. Our party is lucky enough to have an awesome DM, who makes the dumbed-down rules enjoyable. One of the players has compiled our sketches into The Seasoned Adventurer's Sketchbook. The drawings chronicled below were done by Emma and myself. I'm not going to tell you which ones she did because, frankly, I think they're funnier than mine, so I'm going to claim that they were all a team effort.
Make sure to also check out Dungeons & Shenanigans. Game on!

Why not to tie two dwarves to a dragon-born. 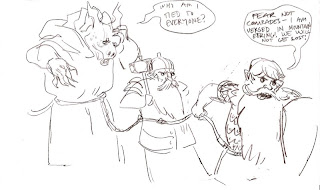 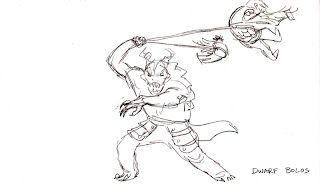 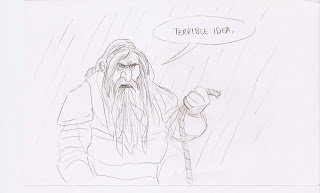 Bemdrock, the wizard, learns not to blow his daily power so early in the game. 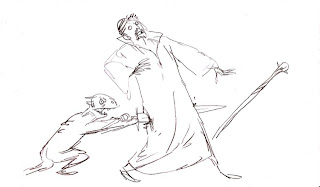 Remember, adventurers, the point of the game isn't to win the skirmish, it's to have fun. Right guys? Right? 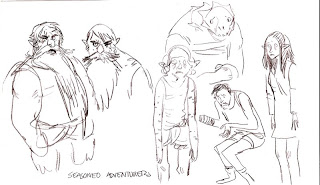 "That's right, don't be afraid to really feel the form."
I'll leave the blind contour puns to you folks. I had a tough time composing this one, and I still think it could be a bit clearer/funnier/less creepy. Below is the original composition. James helped me clarify the gag a bit. 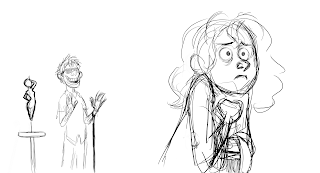 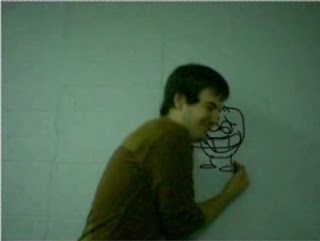 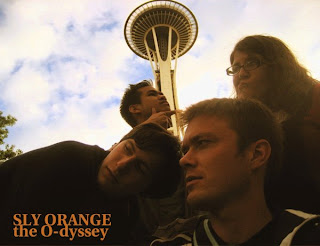 Sly Orange: The O-dyssey
Just got back from the O-dyssey tour through Portland and Seattle. I highly recommend the Space Needle and Experience The Music Project in Seattle and Powell's in Portland. Unfortunately our gig in Olympia was canceled, I don't think the Olympians are interested in a Sly Orange without our bass player, Ben Michaels. Hopefully he comes back for the next album; I'm not sure if my new invention "bass-scatting" is quite as good as the real thing. 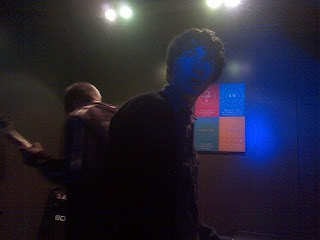 Pat feeling the blues backstage before the Seattle show
Oregon and Washington were absolutely beautiful. I'm pretty jealous of our drummer, Vi, who lives in Portland since it's basically Berkeley without the transients. We had a gig at PG&E park on the fourth to watch some baseball and fireworks--y'know, really soak in the America. I've got to say, any sport that needs audience clapping games, Top 40 sound bites, rehearsed mascot routines, raffles, or the wave every five minutes is just not entertaining enough. If they really want to keep the fans interested, they should but a basketball court in the outfield.

The fireworks were great, though, and the rest of the tour was a blast. Our keyboardist, Pat, designed a top-notch tattoo for me, and our lead guitarist, Amalia, really slayed during our cover of Purple Haze. The goal of the tour, aside from rocking our fans' collective socks off, was to get a cup of joe at the original Starbucks at the Seattle market. I did, and I must say, it was worth the trip! Is it just me, or is the quality of java directly proportional to the cuteness of the barista?

To sum up: Portland and Seattle are awesome, Sly Orange still knows how to rock, and someone should put baseball out of its misery.

Speaking of rock'n'roll legends...
The Rock'n'Poll has officially come to a close. I'm sure forty-six votes are enough to speak for the entire populous, so I am officially declaring Bohemian Rhapsody is the Greatest Rock'n'Roll Song of All-Time!! They are the champions, my friend. 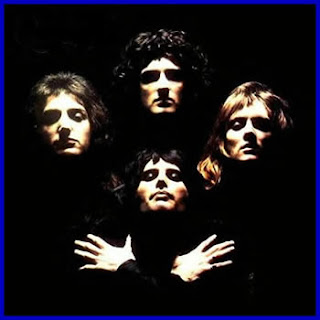 It's great to live in a country where you're free to join the walking dead if you like. Happy Independence Day folks!