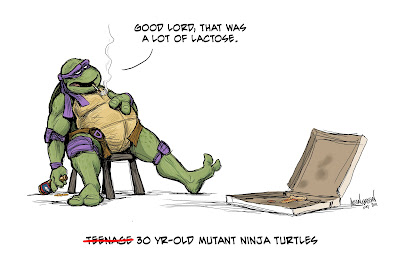 It's my buddy Ant Ward's 30th birthday (that's 210 in dog years, man). He's running the new Ninja Turtles show, and he would hate it if you went to his blog, here, and left a comment bugging him to update about the progress of the show, and wishing him a happy 30th. So whatever you do, don't go to this blog, sign up to follow him, and demand regular updates.
26 days...
Posted by Unknown at 9:03 AM 2 comments:

Days at camp without accident: 364 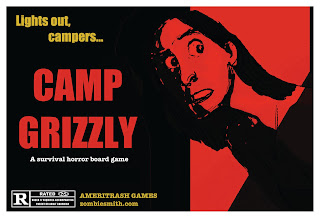 My friend Jason and I have been working on a slasher-themed board game. We're still about a year from release but we'll be beta testing the  in-progress version this weekend at Kubla Con. If you're there, swing by the Zombiesmith booth and give the game a kick in the tires.
That is, if you're not scared...
29 days...
Posted by Unknown at 7:58 AM No comments:

Last night was the wrap party for La Luna, the latest Pixar short from the imagination of Enrico Casarosa. I was excited to meet Phil Sheridan, whose voice I knew all too well from animating his character, Nono. Phil let me in on the secret of great voice acting: take out your dentures for a signature sound. 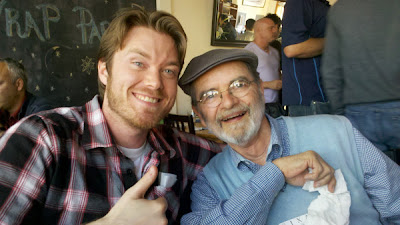 The story is still top-secret, but what I can say is the folks at Annecy International Film Festival will be getting the first look. Lucky frogs.
29 days...
Posted by Unknown at 9:39 AM 7 comments:

Imagine how fun a prehistoric MMORPG would be. Get on it, Double Fine! 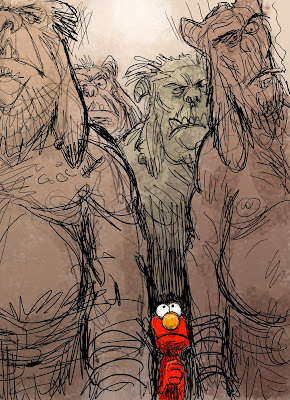 This week's theme was inspired by the documentary Being Elmo. If you haven't seen it, please do! It's an enlightening look into life as an aspiring artist.
As always, if you have your own designs, please let me know and I'll post them below. Or you can just join in June 3rd for the Game of Thrones-themed CHADES CHALLENGE LI: JON SNOW.

Paul Mendoza and I teach an animation class at the Academy of Art University in SF, and Tuesday was the last night of class. It's hard teaching animation for just one semester, because you just start getting a sense of everyone's style and you have to kick them out the door. 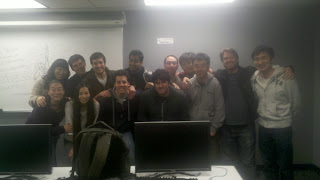 I'm not worried for our students, though. They were all MASTERS OF ANIMATION by the time we were done with them. I think Dong-Jin (pictured below) was getting a little tired of her nickname, Dong-Jin & Dragons, anyway. 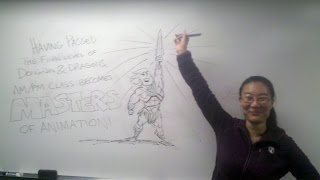 If you're a student and you're looking to get your work out there, submit your film(s) to TR!CKSTER's Student Animation Film Festival. That's right, the creator-centric convention welcomes comic artists and filmmakers alike! So dust off those DVDs and send em in!


While I'm sharing photos, here's my friend Sean Feeley's entry for this year's Redbull Soapbox Derby. If you're in the LA area this weekend, swing by and root for the JP Jeep. They're bound to get major style pts; this baby has some serious rex appeal. 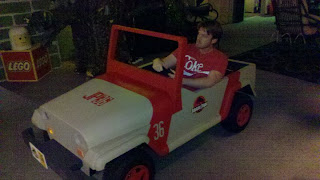 Storm of Steel: The Ute'wehi 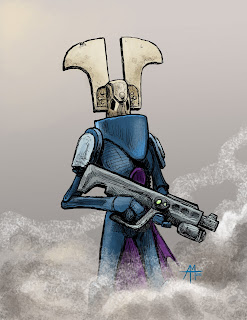 The ute'WHAT? Ute'wehi. Apparently it's alien for badass. This illustration was commissioned by my pals over at Zombiesmith. Based on a design from  Aaron Brown's line of miniatures, "Storm of Steel". 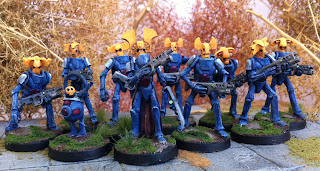 Also by the fine folks of Zombiesmith, this rad Quar short:


If you're in the bay area Memorial Day weekend, check out Zombiesmith's booth at Kubla Con.

The official TR!CKSTER website is up. TR!CKSTER is an alternative venue for creators and fans to interact one-on-one, and for new independent art to get its chance in the sun. Up and coming artists will be able to learn from industry vets how to get their work published and fans will get a chance to talk to their favorite creators. If you're in San Diego July 19-23rd (I hear it's a popular time to visit), swing by and join the mischief. 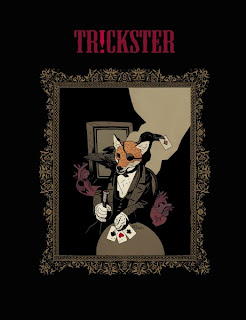 This will be the last time Paul Mendoza challenges my animation prowess...

...mostly because I won't be around for the next time. 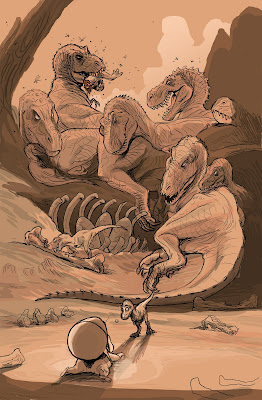 I don't want to give away the rest of the story, so for the rest of our little friend's adventure, you'll have to check out Afterworks III, which will be available in paperback and digitally through the Whamix app. If you want to meet me and all the other Afterworks contributors in person, follow the TR!CKSTER, he knows the way
42 days...
Posted by Unknown at 4:33 PM 7 comments: 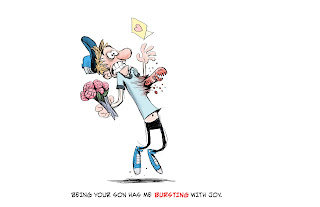 My friend, and fellow Munchanka, James Riggins came up with this idea for a Mother's Day card. 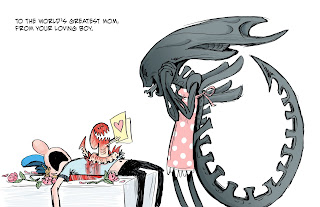 I thought it was so bloody good, I decided to give a copy to my mom as well. 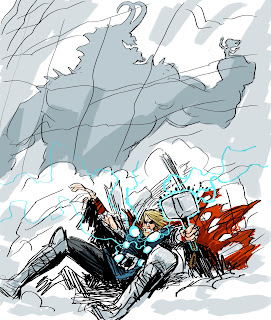 My favorite moment in any story is when the hero, though utterly defeated with no hope of victory, decides to stand up and fight on. This is usually the moment when the John Williams theme kicks in and villain gets his ass handed to him. This is what makes a hero exceptional; not their abilities or super powers, but their willingness to endure.
One of my favorite comic covers growing up depicted Spider-Man completely thrashed, crawling out of rubble. What sold me on this issue (drawn by the incomparable Todd McFarlane) was the look on Spidey's face that said, "This is far from over." 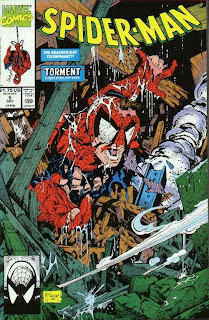 If you have any thunder gods to contribute, let me know and I'll post them below. If not, join in next time, on May 20th, for: 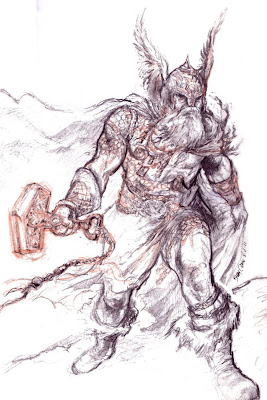 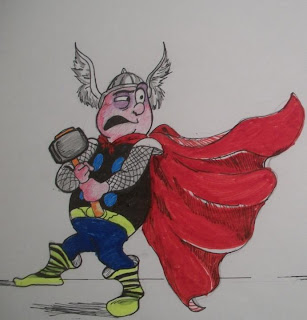 May the 4th Be With You

Happy Star Wars Day! You're my kind of scum. 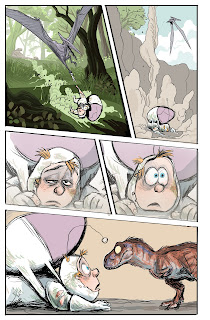 Featured in this week's page: Pteranodon, Tyrannosaurus Rex
Terrordactyl premiers this summer in Afterworks III, which will be available in paperback and digitally through the Whamix app.  Next, page 7: "Hall of the Tyrant Lizard King"