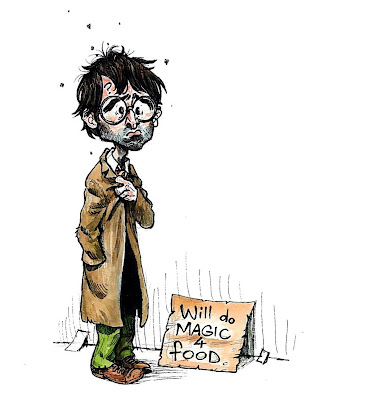 With the series coming to an end, Mr. Radcliffe may find his schedule deathly hollow.

Contribute your own Street Magician to Everett Downing's Sketchoholic contest! Submissions are due Saturday.
Posted by Unknown at 10:33 AM 3 comments: 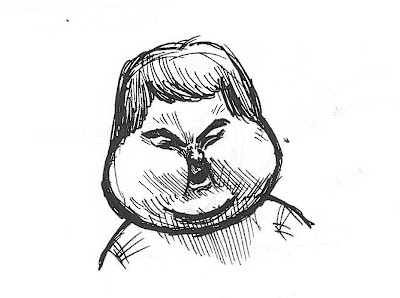 My girlfriend showed me the video below, and I pretty much had to draw this kid.

Addendum July 6, 2010
Thanks to Jason for sending me this link to the rather unfortunate backstory of Sam, the Cuppy Cake Boy:

"The boy’s name is Sam. He’s nine years old, and is apparently suffering from a rare kidney disorder. The steroids he is being given to stay alive are also stunting his growth. That’s why he looks the way he does." 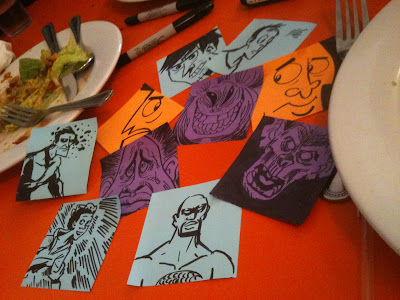 My buddy Aaron Hartline runs a blog called The Daily Post-it where he chronicles his latest doodles. Ev Downing and I went out to lunch with Aaron, and we decided to make the lunch a bit of a sketch-off for Aaron's blog.

Can you guess which ones are mine (aside from the half-eaten tostada in the background)?
Posted by Unknown at 11:32 AM 3 comments: 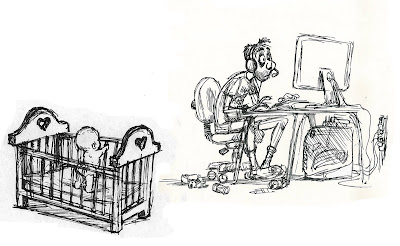 I think everyone's been guilty of playing video games a wee to late into the night, and this guy's certainly no exception. I call him Sleepless in Azeroth. A wonderful Father's Day weekend post, no?

Let me know if you have any Guilty Insomniacs to contribute and I'll post them below. 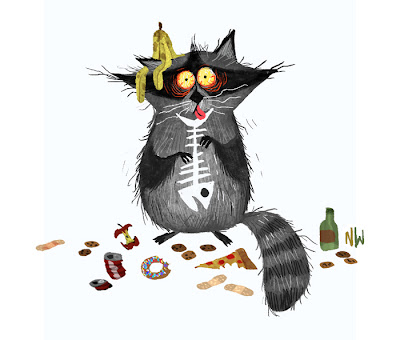 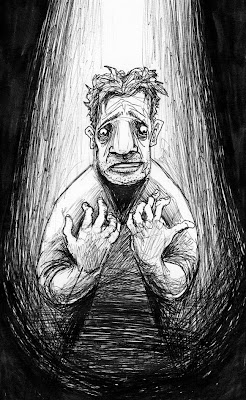 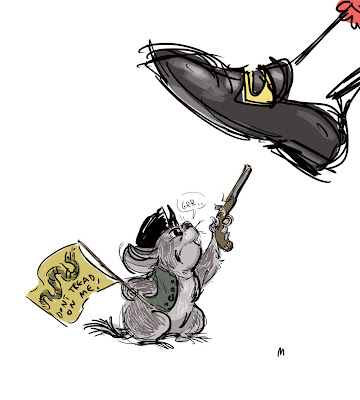 Leo "The Chilla from Brazil-a" Matsuda 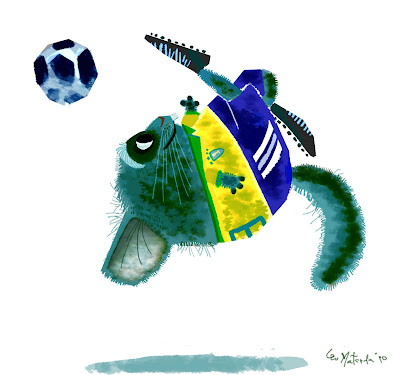 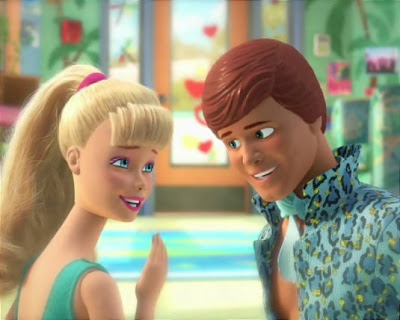 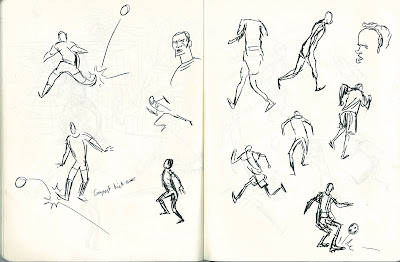 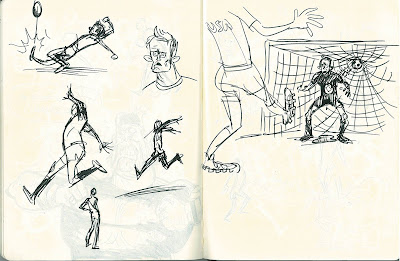 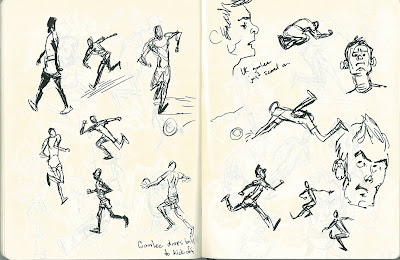 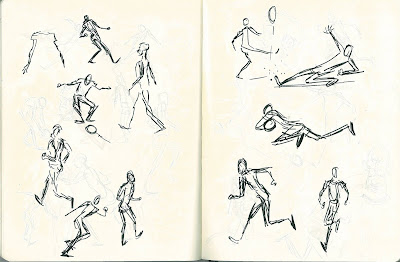 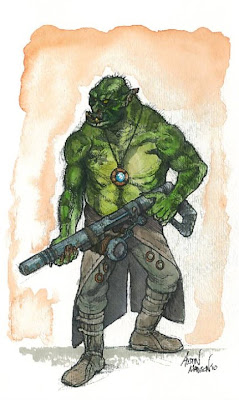 Podracing stadiums are so massive, vendors need artillery-strength t-shirt guns to reach the nose-bleeds.
Today's post is brought to you by Star Tours II. The adventure continues.
Posted by Unknown at 10:12 AM 1 comment: 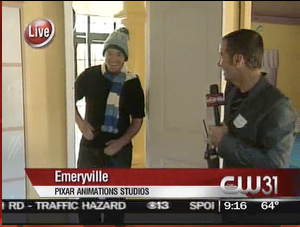 Mark S. Allen stopped by Ken's Dreamhouse today for a little chat with yours truly. Thanks to my girlfriend, Sarah, I have the screenshots to prove it. 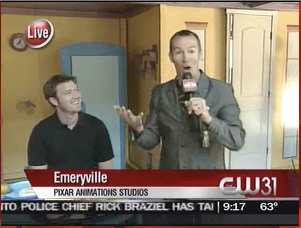 "What's Austin working on next for Pixar?" 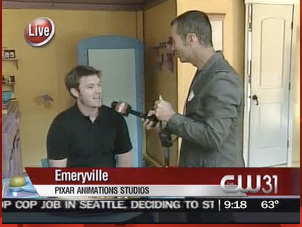 "I'm sorry Mark, that's privileged information. If I told you, I'd have to kill you." 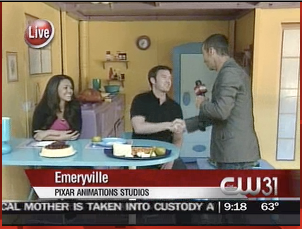 Battle Toads
A rough design of a new logo for my friend Dave's company, Dueling Arts San Francisco. I don't think snakes, owls, or frenchmen will be messing with these frogs any time soon. 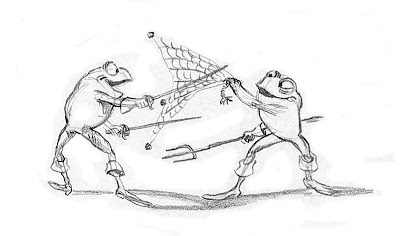 Dave's a fan of frogs, so he asked me to simply revise the current banner for DASF's mother company, Dueling Arts International (below), with slightly more amphibious combatants.

This is an actual illustration from an old fighting manual. I'm not sure what the rules to naked fighting were, but I know slapping someone in the face with your genitals was considered a challenge to a nude-duel.
Here are the frogs who had great auditions, but didn't quite make the cut: 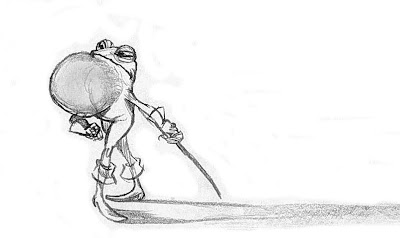 This guy does a fantastic George Lucas impression, but he was ultimately too pompous and very difficult to work with. 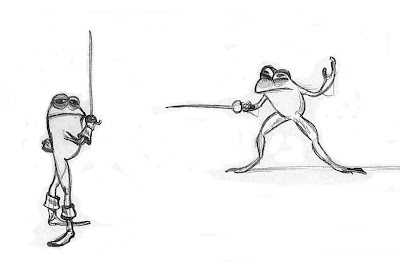 We really wanted to use these gentlemen. They're qualified fighters with great chemistry. Unfortunately, they were caught by an elementary school class and dissected the day before the shoot. 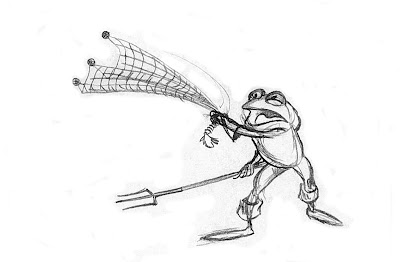 Geoff here brought his own weapons from home and gave quite a vigorous audition. I don't think he understood that we were doing stage combat. 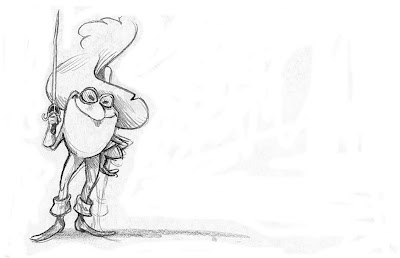 This guy was an excellent fighter, but a bit of a drama queen. He kept hamming it up for camera and demanded his own trailer. An entire trailer for a frog? I don't think so.
Posted by Unknown at 11:08 AM 5 comments:

Support the Arts
Shawn Sullivan's animation program at Sheldon High School got me where I am today (which isn't too shabby of a place at all). Unfortunately, that program is in dire need of funding. You can help out by going to lots2give.com and voting for this horribly embarrassing film. This is actually the first piece of animation I ever did, way back in my Freshman year of high school.

The film may not look like much, but student films like this pave the road for young artists to become animators. Please take a moment to vote for Sheldon's program so that Shawn can keep mentoring future filmmakers. Thank you! 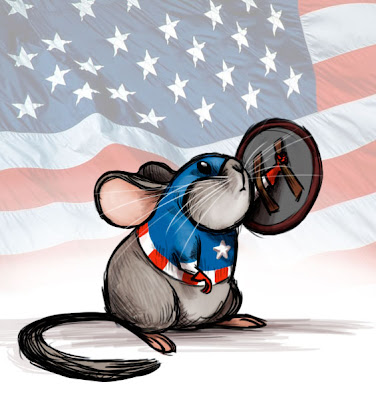 Injected with a government-formulated serum which granted him super-cuteness, Captain Chinchillamerica works with Nick Furry, Iron Mouse, Squirrel Girl, and other members of THE SCAVENGERS to protect adorability from the threat of ugliness.
Anyone else got any nationalistic crepuscular rodents to share?

My loathsome arch-rival Nate Wragg has contributed Red Chin-Skulla. Sure, he seems patriotic on the outside, but given one chance, he would seal the fate of the daring Captain Chinchillamerica. 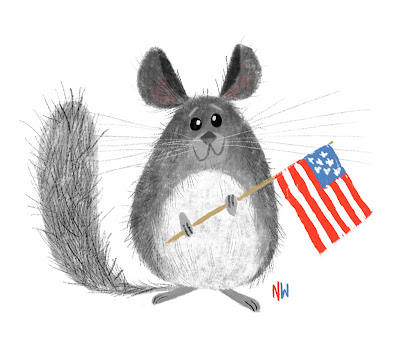 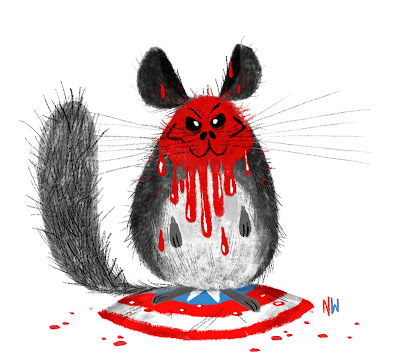 Tune in June 18th for...
CHADES CHALLENGE XXIX:
GUILTY INSOMNIACS
Posted by Unknown at 7:35 AM 6 comments:

Happy birthday to all you Geminis out there! 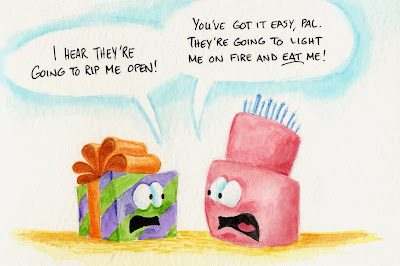