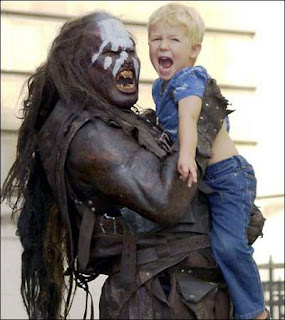 For those of you unfamiliar with the challenge, see rules. All are welcome, post next Friday!
Posted by Unknown at 7:14 AM 2 comments:

Email ThisBlogThis!Share to TwitterShare to FacebookShare to Pinterest
Labels: chades

It is a little known fact that Mars, the god of war, was a kitten.
More hairy gods from these mighty immortals:
Flaviano
Vi-Dieu Nguyen
Moro Rogers
Bobby Pontillas
Josh Billings
Leo Matsuda
In other news, the first round of Rock'n'Poll tallies are in, looks like there were some last minute steals.
Greatest oldies rock'n'roll song: Elvis Presley's Hound Dog
Greatest heavy metal song: Iron Maiden's Run To The Hills
Greatest psychedelic song (tie): Iron Butterfly's In-A-Gadda-Da-Vida, The Rolling Stone's Paint It Black
Thor was pretty enraged that Immigrant Song, Led Zeppelin's ode to the Norse gods, was snubbed.

If these titles enrage you, make sure your voice is heard in this week's polls (make sure to choose one each): hard rock, progressive rock, and glam metal.
Posted by Unknown at 11:15 PM 14 comments:

The Greatest Rock and Roll Song of All-Time
OR
ROCK'N'POLL 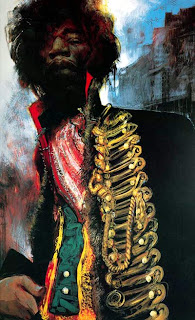 I've been talking with Nate, Rob, and Vi about what constitutes a great rock'n'roll song. Specifically, what constitutes the GREATEST ROCK'N'ROLL SONG OF ALL-TIME. So for the next six weeks, I'll be polling to find the greatest single song of each of the seventeen rock genres.

There are eighteen rock genres, and seven songs per genre. Swing on by every Monday and choose your favorite song in each of three weekly contending polls.

I admit that my rock knowledge is shabby at best, so the last genre will be fan favorites. This will include tour de forces that I have either forgotten, or that you have insisted that I include in the battle.

At the end of the six weeks, the champions of each genre (eighteen total!) will contend in an ultimate battle of the bands. May the best song win.
(art by Sebastian Krueger)
Posted by Unknown at 9:00 PM 12 comments: 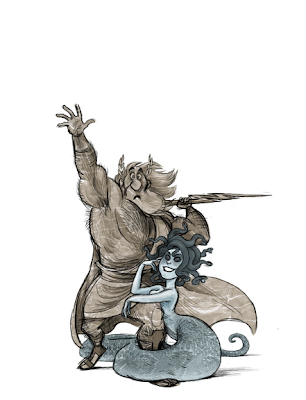 I'm not sure if Medusa's powers work on gods, but for the sake of this drawing, let's say they do. More heavenly hirsuteness at these fine blogs:
Leo "Thunderballs" Matsuda
Vi-Dieu "God-o-War" Nguyen
Bobby "Loki Pokey" Pontillas
Next week: more hairy gods!
Posted by Unknown at 10:22 AM 9 comments: