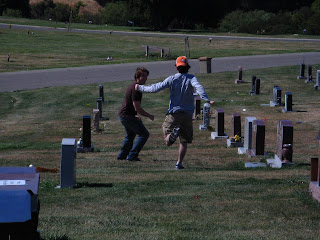 HITCHHIKER SHOT OF THE DAY
This is from last weekend's shoot. It's easy to get caught up in the on-set anxiety of making a film, so you have to remember to have fun, no matter where you're shooting. Yes, even in a graveyard.
Posted by Unknown at 2:21 PM 2 comments:

THE HITCHHIKER
Another tantalizing still from the short I'm working on. Danielle Levin plays the picture's titular role. This scene was shot right near our director's hometown, Davis. 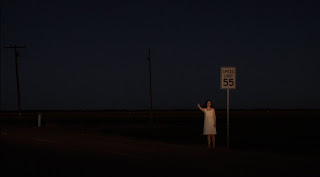 Speaking of Northern Californian filmmakers, I just ran across this sweet interview of my hero George Lucas from a long time ago before he made a film about a galaxy far, far away. I know there are a lot of folks who would appreciate this clip because Yoda's quote "Do or do not...there is no try" won last week's poll What is Your Favorite Movie Line?
Posted by Unknown at 8:48 AM No comments:

WHAT I'M DOING THIS SUMMER...

Still from The Hitchhiker, short film by Emma Coats
Wow, I feel really blessed to be having such a fun, inspiring, and very busy summer so far. First off, thanks so much for everyone who has gone out and supported Up. Of the three Pixar films I've worked on so far, it's certainly my favorite. Russell is one of my favorite characters I've ever animated and I couldn't have asked for a funnier, taller boss than Pete Docter. A lot of nay-sayers *cough*Wallstreet Journal*cough* said that the film wasn't marketable and that no one would turn up to watch a film about a seventy-eight year-old man, but Up's numbers have been Pixar's highest since Finding Nemo. Turns out folks do respect their elders!
I also have two childhood dreams in the works this summer: animating on a Toy Story movie, and preparing for a dinosaur dig. I've started brushing up on my dino-lore recently. I've been keeping up with my paleontology news, but I haven't seriously studies the subject since I was ten years old. Something tells me I'll need more than a 4th grade-level knowledge of prehistoric life out on the dig.

On top of that, my good pal Emma asked me to be in her latest short film, The Hitchhiker (I play Mike, the guy who picks up said hitchhiker). I'm not the kind of guy to turn down an auteur like Emma, so I gladly signed up and we've been having a blast shooting in gas stations, cemeteries, and bunny-laden houses. Here are a few stills from the film, coming soon to a film festival near you! (Cinematography by Dani Strijleva) 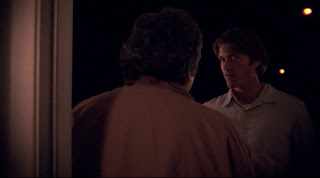 Having a word with my co-star, improviser extraordinaire Rebecca Stockley. 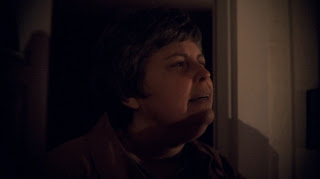 Here's some production art Emma did for the film, with a background plate she shot for the scene. 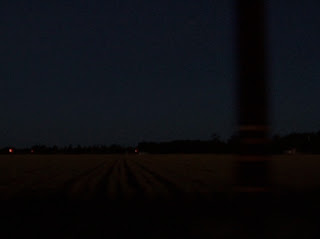 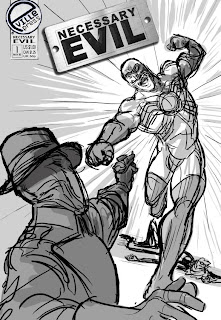 I've said it before, RPGs are great inspiration for cool drawings. The one I'm playing right now involves the agents of WOE. The super hero genre is perfectly suited for comic book format, and our DM, Everett, refers to each gaming session as an issue, so I figured I'd do a comic cover after each game day. The superhero charging at the Temporalist is Barrier, played by none other than Mark Andrews. He's a blast to play with, and brings a lot of character to the table. It's no wonder his character quickly became the most entertaining in the story and the most fun to draw. My character is Mungo Man, seen sprawled, incapacitated, in the background. Covers have always been my favorite part of comics, especially when they capture the kinetic energy of a Frazetta-level battle.
Posted by Unknown at 10:08 AM 4 comments: