A QUARRY
Part Six of The Jurassic Journals
The last two days of the dig, Pete reassigned us from the gruelingly fruitless F Quarry to the bountiful A Quarry. My first assignment was cleaning up a bit of camarasaurus vertebra recently unearthed by the bobcat tractor. 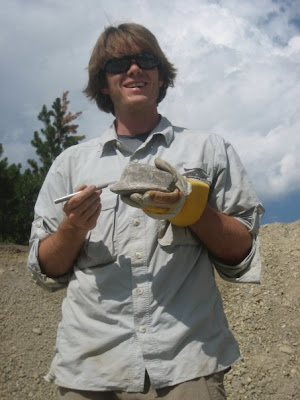 The Faileontologists' response to being reassigned to A Quarry: 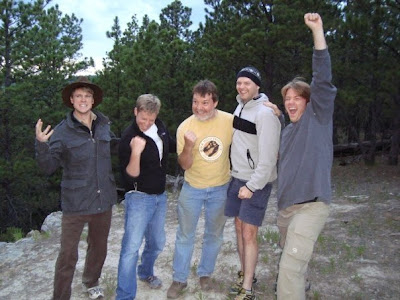 One day, after returning to the mess hall after a long day of digging, we came upon a crowd gathered around Matt Seney (the dude facing camera, in front of the van). 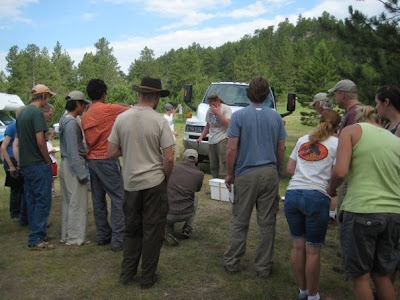 He had found a baby rattlesnake and was handling it with a hook in one hand while smoking a cigarette in the other. Matt used to work at a local theme park called Reptile Gardens. He informed us that, while baby rattlers are dangerous, it is a myth that they inject more venom than an adult. They inject a higher percentage of their venom, but because they have smaller venom reserves to begin with, a high percentage of their venom is about as much as a small percent of the adults'. 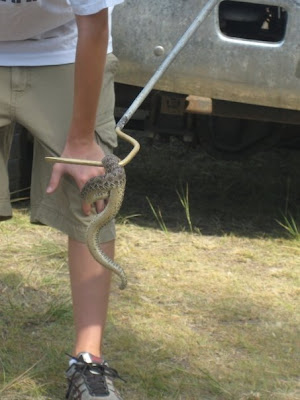 Matt also caught a scorpion. He showed us how the dromopods glow in the dark under a black light. Matt was quickly becoming my hero. Later, while a group of us were playing paleo-poker in the mess hall, we heard Matt utter, "Oops." We turned around to find him holding an empty cup and squinting at the gravel on the ground. We played the rest of the hand standing on our benches. 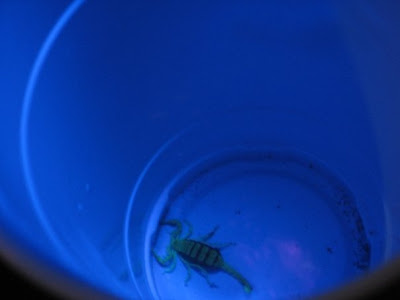 Every bench, table, outhouse, and shower stall was covered in graffiti. Here's my contribution. 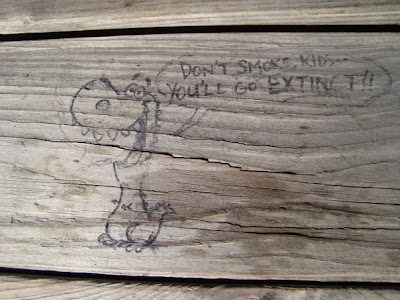 Zack, Brandon, UK students Holly and Amar, and I decided to take a break from the dig and head into Hulett, Wyoming for some R'n'R. Our first stop was a local dive called the Ponderosa Bar. We played Thriller on the juke box in Michael Jackson's honor, and were amused to see two of the older local gals doing the zombie dance at the bar. 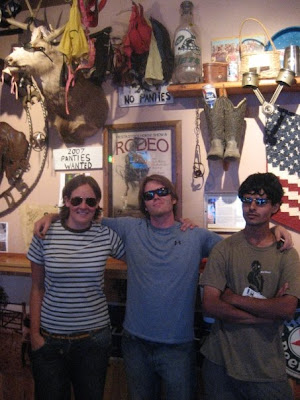 Zack and I tought the brits how to play Purple Rain, the greatest game since Telephone Pictionary. 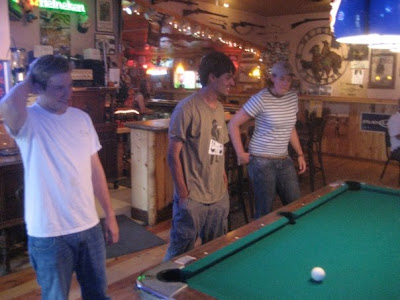 We decided to visit Devil's Tower at night in hopes of spotting a spacecraft. We brought some Wild Blue, a blueberry-flavored beer and local favorite. After your first sip of Wild Blue, you smile and exclaim, "Tastes like a muffin!" By the end of the bottle, you're frowning and staring at the remaining dregs of beer as you mutter, "Tastes like a muffin." Honestly, when's the last time you felt the urge to dunk your blueberry muffin in beer? Despite the other-worldly flavor of our booze, there were no extra-terrestrials to be found. Still, it was an awesome experience, I could almost hear the John Williams. 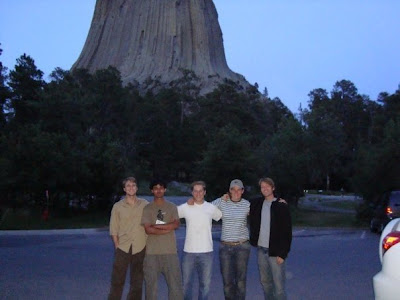 Back to business! I make my most important discovery on the dig: a small theropod toe bone! Since theropods (being carnivores) are rarer than herbivores, and a toe-bone indicating the possibility of a body close-at-hand, Pete said this find earned me "the right to come back next year." 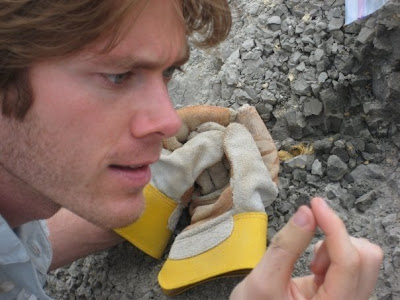 And Greg finds a ginormous camarasaurus toe claw, which makes him an instant legend. Pete says Greg definitely earned the right to come back next year as well. A Quarry rocks. 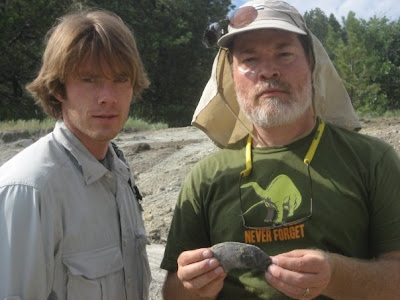 "Don't mess with me, man. I'm a scientist."
Tune in next week for the stunning conclusion of The Jurassic Journals:
Everything Prehistoric
OR
The Storm
Posted by Unknown at 9:12 AM

Hey, 1977 called and Luke Skywalker wants his hair cut back.

Don't you work anyways? What the hell are you doing playing Jurassic Park anyways?

haha, hey Ira.
Everyone gets a vacation man. While everyone else went to comic con to read graphic novels about dinosaurs, I went directly to the source!

that's so great that you're doing this, seems right up your alley! I thought computers and robots only did this stuff now.... durrr....

Wow! Nice! Looks and sounds like you guys really explored South Dakota! What a fantastic trip it looks like you had. Thanks for the nice post about your time here in South Dakota, and we certainly hope that we can see you here again. Let me know when you're around next!