BRINGIN' REXY BACK
According to Science Daily, scientists have confirmed the remains of biochemical material (proteins) in dinosaur fossils. T. rex fossils, no less! This organic material has survived for sixty-eight million years; I think this is proof that God wants us to bring the dinosaurs back. I am so excited by this news, I was inspired to write a haiku. 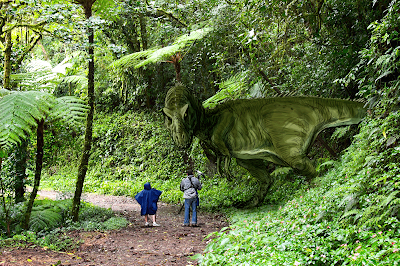 Rain-slicked poncho blue
Primordial forest green
Stain on pants yellow
Speaking of inspirational new stuff, there's some awesome new music out there by Weird Al and Regina Spektor. Weird Al's new song, CNR, is a JibJab exclusive, though it's already on YouTube. I was shown the CNR video by my buddy Raph, who is an exact doppleganger of the ill-fated fellow at the video's 1:42 mark. Raph's adopted, so he may just have an identical twin out there!
JibJab's Alan Cook: 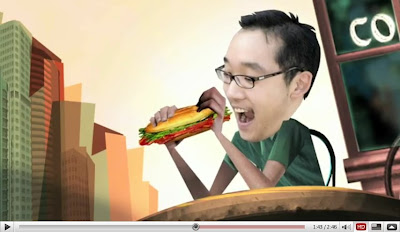 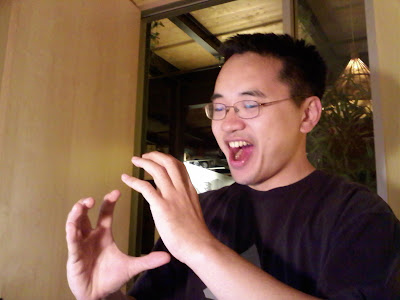 Uncanny, eh? Kudos to my friends and fellow CalArts alumni Amanda and Justin, and everyone else at JibJab for keeping up the inspiring work!

The other song I was inspired by is Regina Spektor's new single, Laughing With. I'm one of those people who would check both the box for God and evolution in my "What do you believe?" poll. So I'm greatly inspired by anything God-or dino-related.

Laughing With begs the question, why do people only laugh at God when they don't need to depend on Him? It's one of the more profound songs I've heard in a great while, so I thought I'd share it with you all (regardless of which boxes you select in my poll).
Posted by Unknown at 9:45 AM